I wanted to highlight the ExaMPI’13 workshop at SC13. It was a while ago but it is worth reporting!

The workshop’s theme was “Exascale MPI” and the workshop addressed several topics on how to move MPI to the next big divisible-by-10^3 floating point number. Actually, for Exascale, it’s unclear if it’s only FLOPs, maybe it’s data now, but then, we easily have machines with Exabytes :-). Anyway, MPI is an viable candidate to run on future large-scale machines, maybe at a low level.

A while ago, some colleagues and I summarized the issues that MPI faces in going to large scale: “MPI on Millions of Cores“. The conclusion was that it’s possible to move forward but some non-scalable elements need to be removed or avoided in MPI. This was right on topic for this workshop, and indeed, several authors of the paper were speaking!

The organizers invited me to give a keynote to kick off the event. I was talking about large-scale MPI and large-scale graph analysis and how this could be done in MPI. [Slides]

The very nice organizers sent me some pictures that I want to share here: 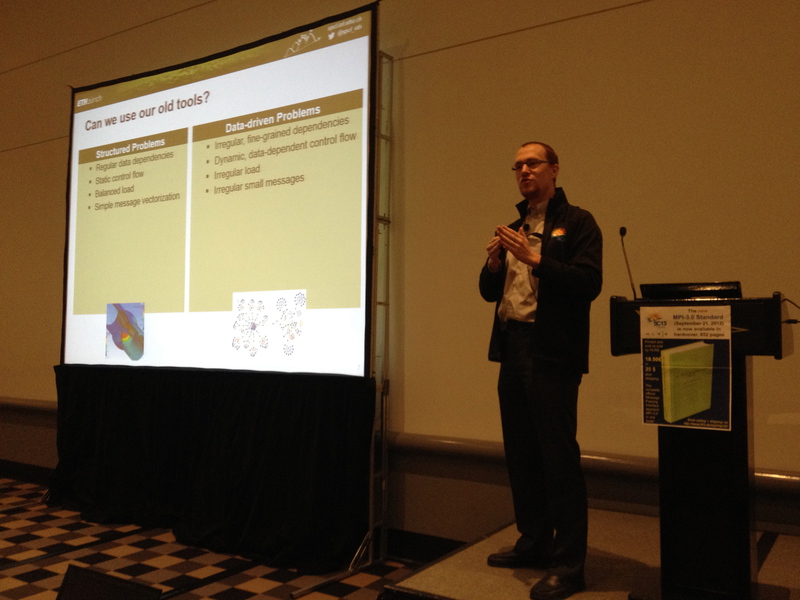 My keynote on large-scale MPI and graph algorithms. 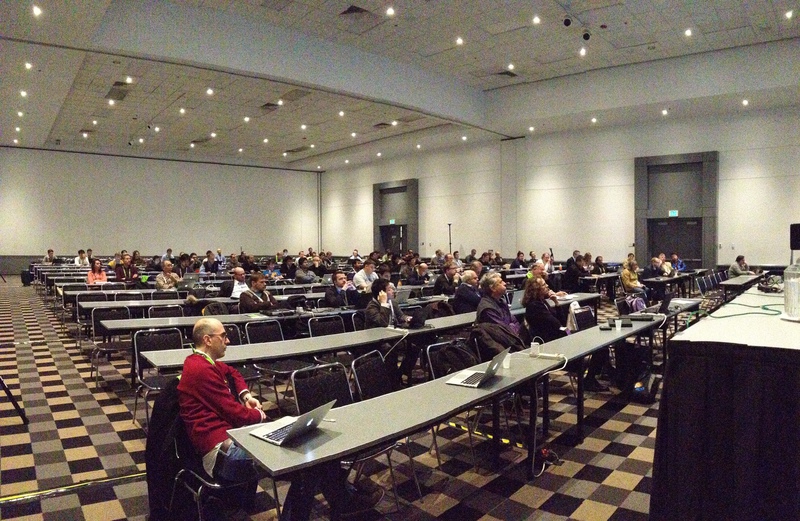 Jesper talking about the EPIGRAM project to address MPI needs for the future large scales. 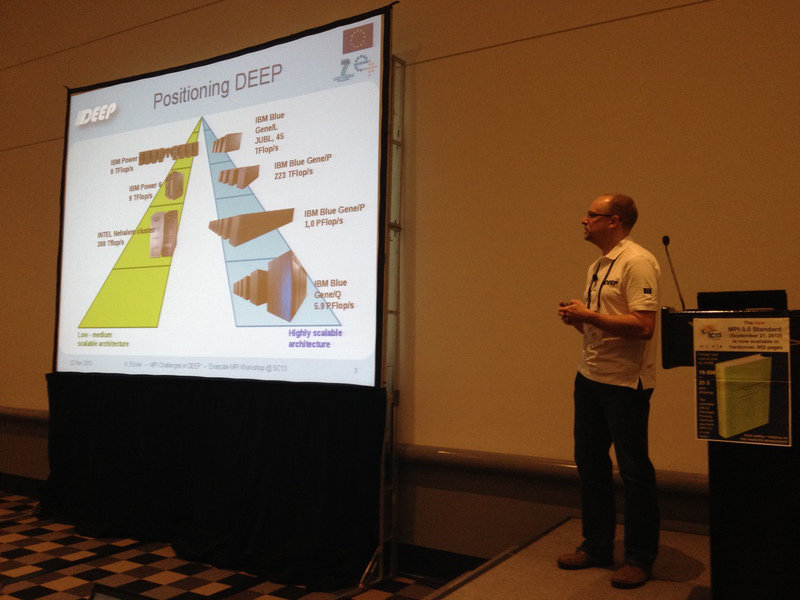 The DEEP strategy of Julich using inter-communicators (the first users I know of). 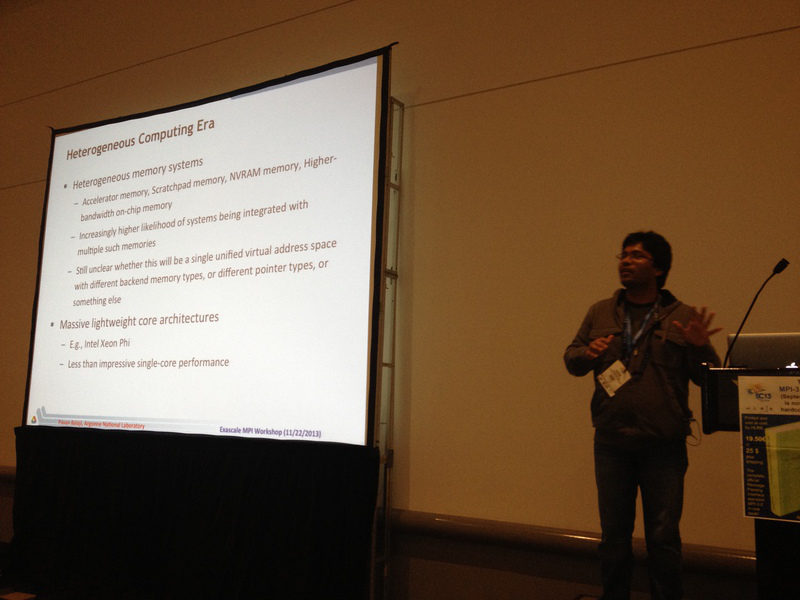 All in all, a great workshop with a very good atmosphere. I received many good questions and had very good discussions afterwards.

Kudos to the organizers!