After probably the most stressful month that I have ever encountered (14 deadlines in five weeks, one really important one), I had to get out to do something fun. Well, I have only been to the alps three times since 2.5 years because it takes at least half a day, and I had to pick something more efficient this time as I don’t have too much time to spare. And living in Switzerland has the advantage that it’s likely that something nice it at your doorsteps :-). The decision was to run with a friend from Urdorf to Baden. Google maps says 14 kms, so it cannot be that bad (we guessed maximum 2 hours). Well, we didn’t calculate for the crazy paths in the woods and hills — it was far from straight and we ended up running 22.1 kms total. 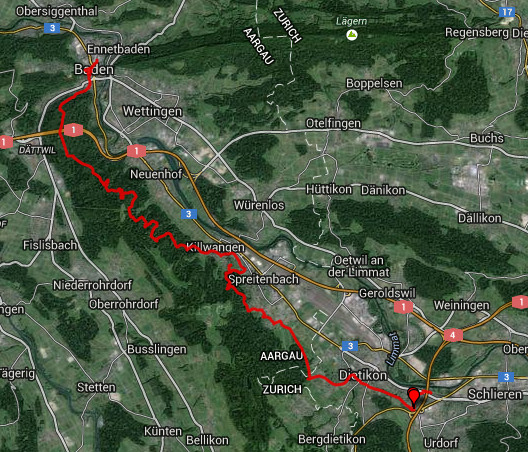 Our route … many times, we had to back-track due to dead-ends. It didn’t help that the GPS in the cheap Android phone only worked for 30 minutes :-(.

Well, 22 kms seems like absolutely no problem but it was a total ascend of 2055 meters over nearly 8 kms followed by about the same descent also on 8 kms. So only 6 kms were flat. That was the tough part. The diagram shows the elevation, the axis is around 200 m.

Below some impressions of the snowy hills. It was around -3 degrees Celsius, but didn’t feel cold at all! 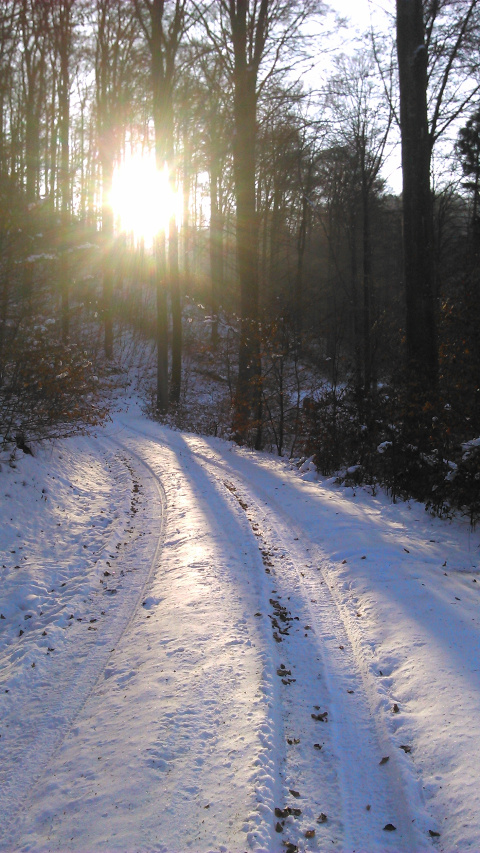 After one hour running, the promised sun shows up (kudos MeteoSwiss). The tracks were tough, all frozen snow, we fell both :-). 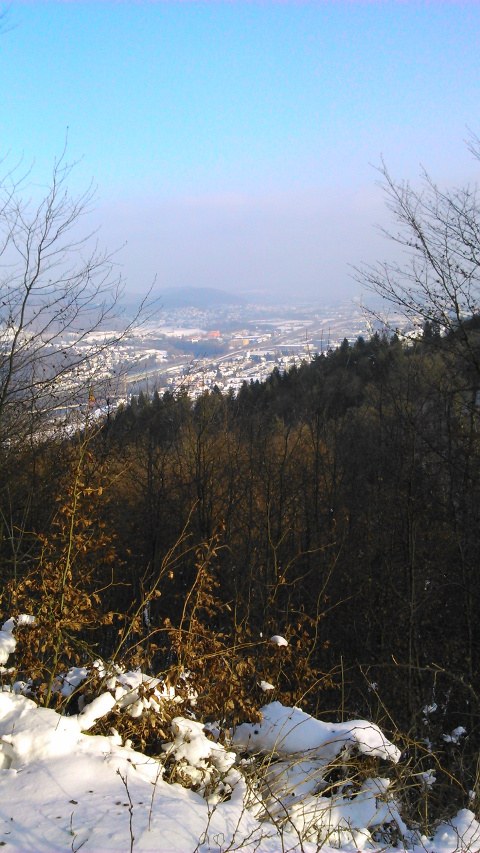 View from the first break, nice! 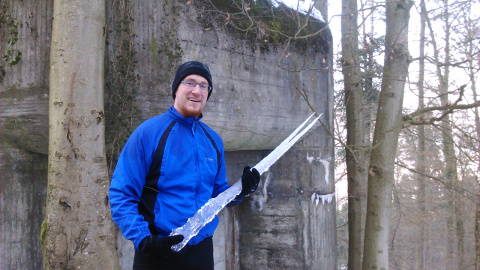 Most Swiss bunkers had nice icicles, makes a good defense I guess. 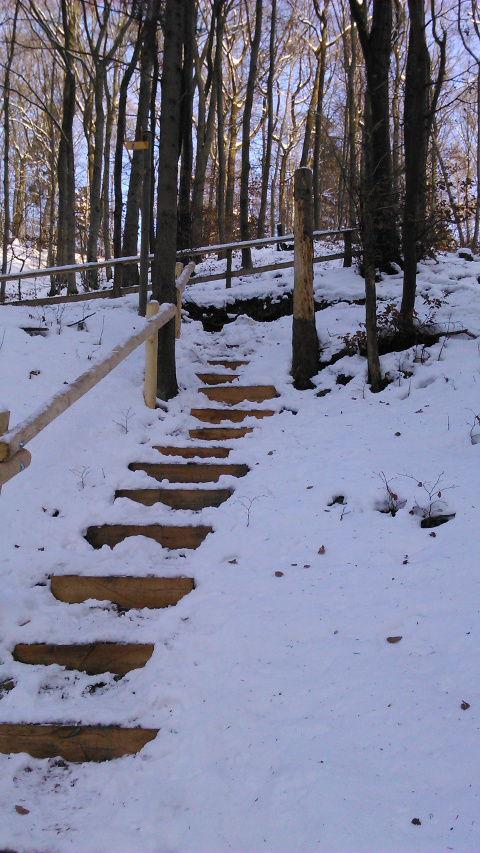 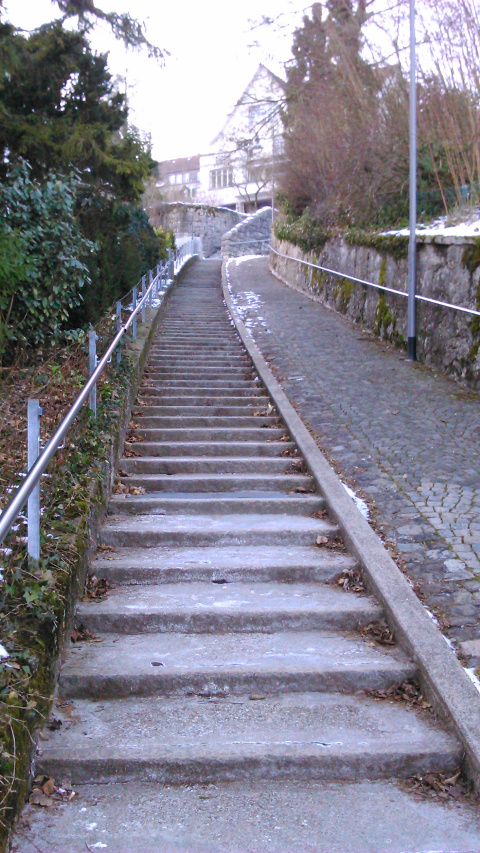 Finally in Baden (it was not easy to find with the broken GPS). And one last uprising to the old castle. 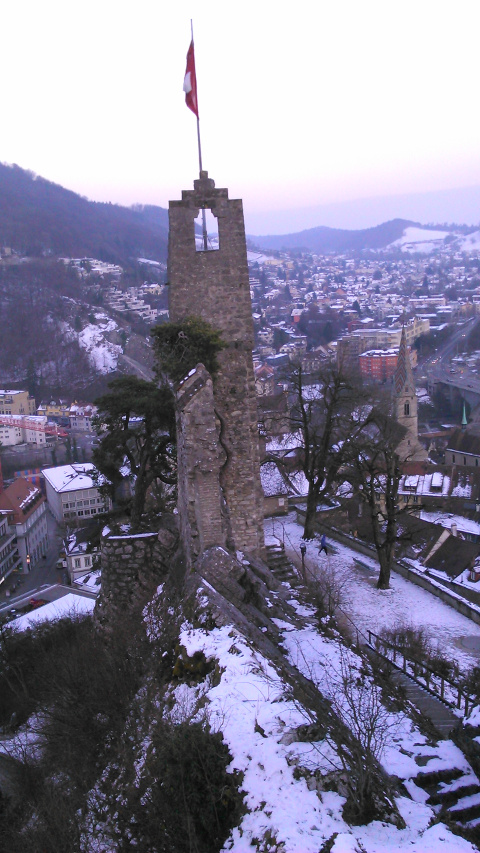 The remains of the old castle. 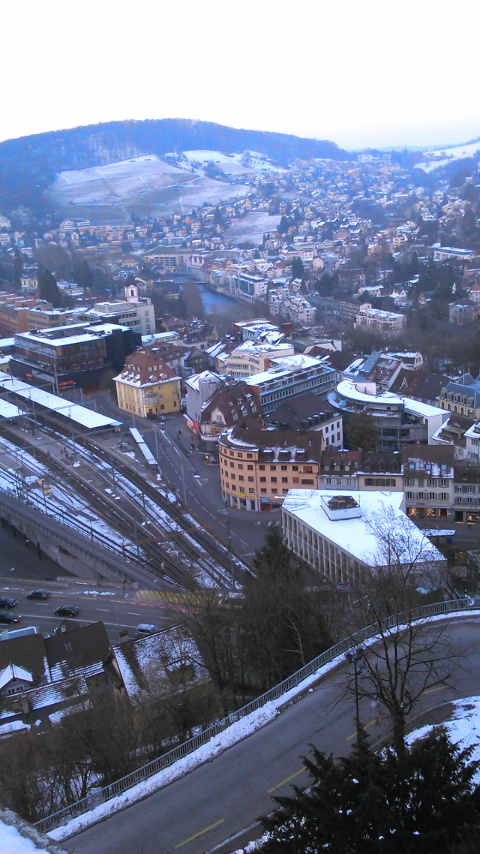 The view into the valley with the train station.