Yes, I had my commencement yesterday. I know, I got the Ph.D. six months ago, however, I didn’t have the time to visit last year’s commencement but still wanted to do it. I didn’t know what it would be like but it’s actually kind of fun (my roommate said “everybody looks like in Harry Potter” – and she was right). I am now officially endorsed (by the President of Indiana University) to carry the title “Doctor of Philosophy in Computer Science”. It’s funny, my advisor Prof. Lumsdaine had the honor to “hood” me officially (he montaged the big hood thing on my back which apparently is the sign of a Ph.D.).

Here’s a picture of my advisor and me in the ceremony’s apparel: 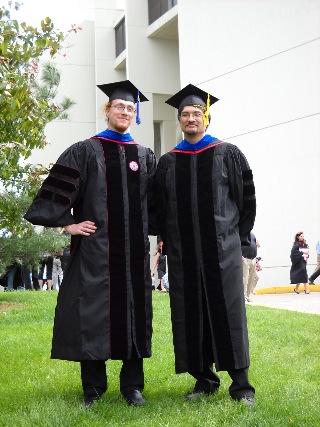 The best part (the doctoral hood in cream&crimson (IU’s white&red)) is unfortunately on the back: 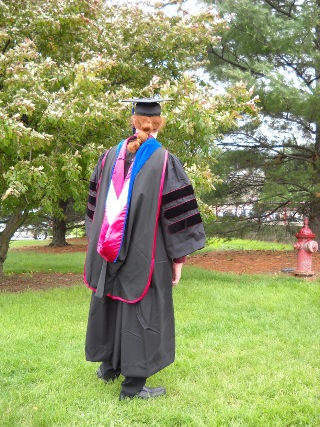 The quintessence is that it’s much much cooler than in Germany where I received my Diplom (cf. Masters) in an old office from the secretary. Even winning the Best Student Award was much less spectacular (and I had to bring my own clothes). Here is a picture from the award ceremony – on the right is the Chancellor (cf. President) of TU Chemnitz: 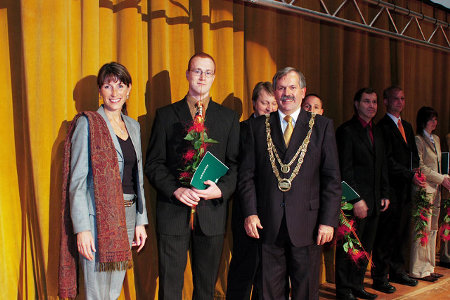 I’ll try to get a picture from IU’s president in full apparel :).