EuroMPI is a very nice conference for the specialized sub-field MPI, namely the Message Passing Interface. I’m a long-term attendee since I’m working much on MPI and also standardization. We had a little more than 100 attendees this year in Madrid and the organization was just outstanding!

We were listening to 25 paper talks and five invited talks around MPI. For example Jesper Traeff, who discussed how to generalize datatypes towards collective operations: 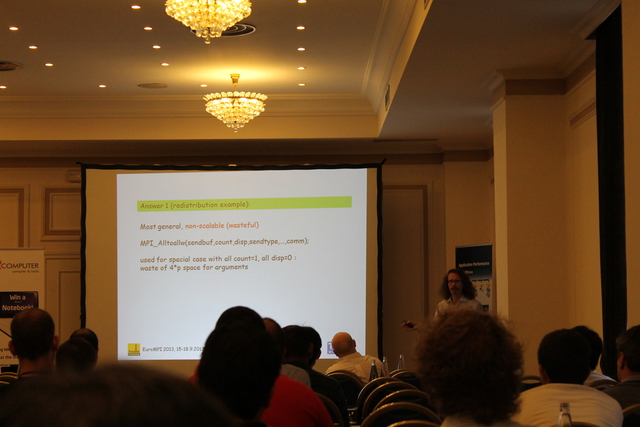 Or Rajeev Thakur, who explained how we get to Exascale and that MPI is essentially ready: 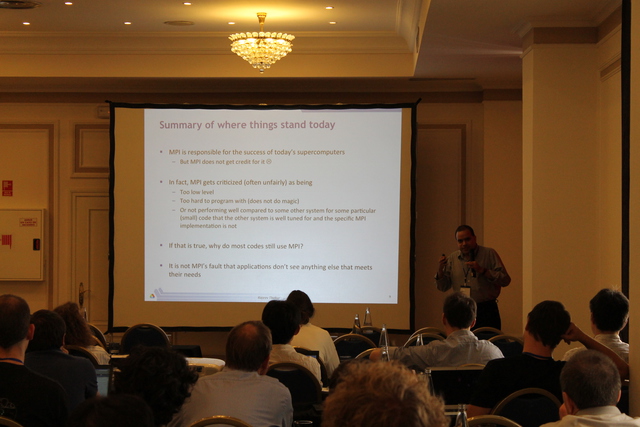 Besides the many great talks, we also had some fun, like the city walking tour organized by the conference 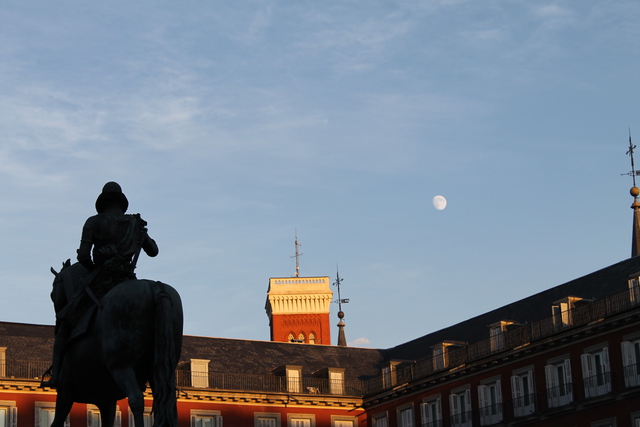 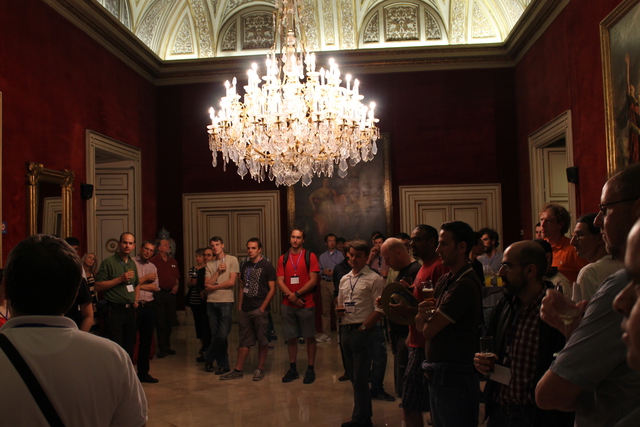 or more networking in the Retiro park 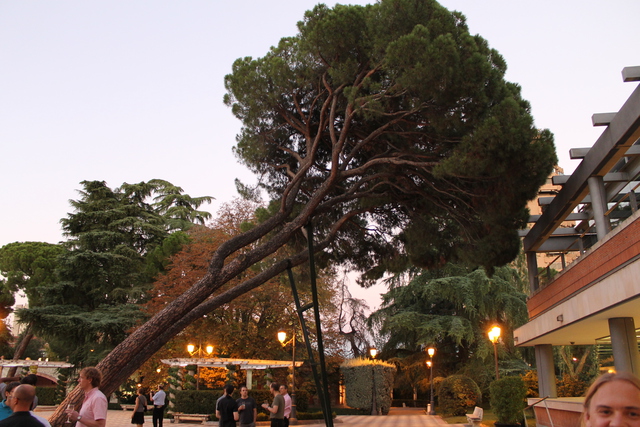 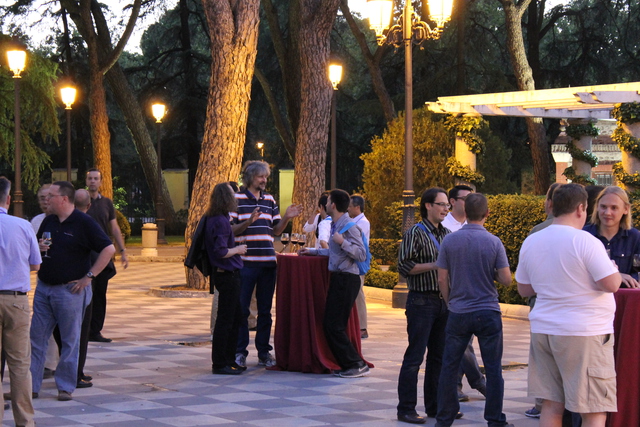 followed by the traditional dinner. 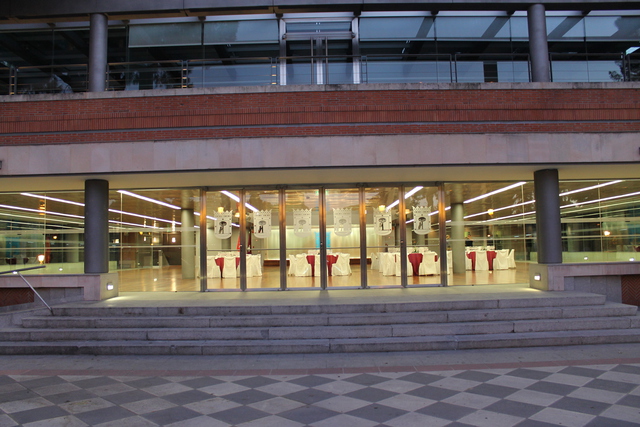 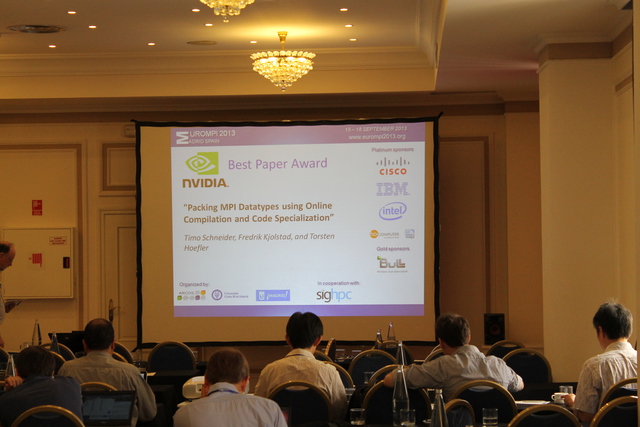 with a provocative start (there were many vendors in the room 🙂 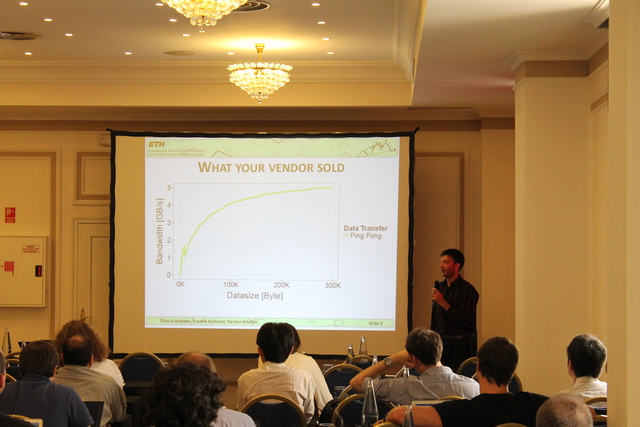 but an agreeing end. 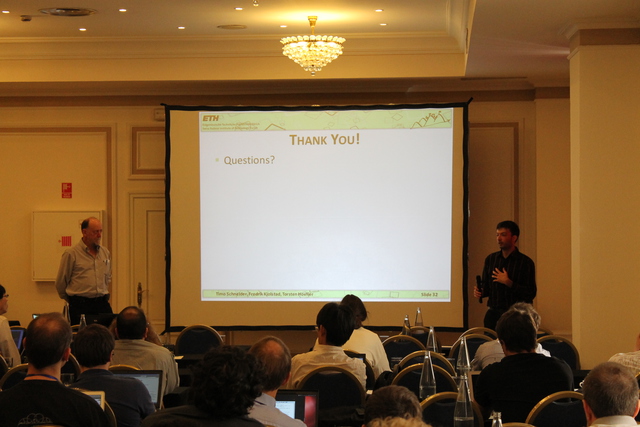 The award ceremony followed right after the talk. 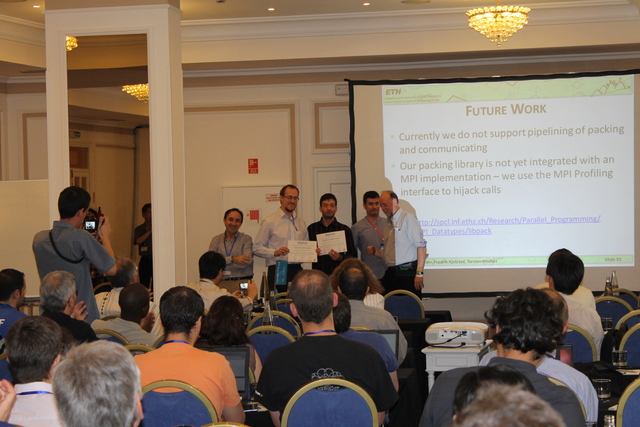 The conference was later closed by the announcement of next year, when EuroMPI will move to Japan (for the first time outside of Europe). 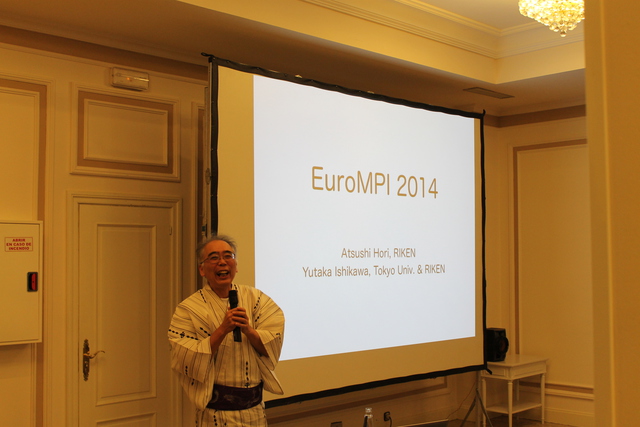 After all, a very nice conference! Kudos to the organizers.

The one weird thing about Madrid though … I got hit in the face by a random woman in the subway on my way back. Looks like she claimed I had stolen her seat (not sure why/how that happened and many other seats were empty) but she didn’t speak English and kept swearing at me. Weird people! 🙂