Yes, still stuck in Rainland. This year’s SC was the best I ever attended to be honest. It felt like I know everybody and I was invited to two to three parties every evening (awesome). My work was presented at the MPI Forum BoF and the FASTOS BoF. I was also invited to present parts of my MPI Forum work at the MPICH2 BoF which was great! However, I fell sick on Wednesday and felt really bad on Thursday and much worse on Friday (which made me miss the morning panel and the SC10 committee meeting).

And the two most exciting happenings:

They should have called the place “Rainland” but ok, I brought an umbrella 🙂 .

This week’s MPI Forum was very interesting! Marc Snir presented his convincing hybrid proposal. It’s really nice and orthogonal to the current standard. It needs some minor polishing and an implementation and seems ready to go.

The RMA discussions were helpful this time and motivated me to summarize all ideas that floated in my head into a patch to the MPI-2.2 standard document during the weekend. I’ll post it to the RMA list and will see what happens. I think the RMA interface in MPI-2.0 is rather elegant and only needs some minor tweaks and some semantic changes to make it useful.

The MPI-3 discussions were going in circles (again). We went back and forth if we should call our next release (which contains nonblocking collectives and probably support for hybrid environments) MPI 2.3 or MPI 3.0 draft. We didn’t come to any conclusion. The only decision we made (I think, we didn’t vote though) is that we don’t want to break source compatibility in the next revision yet. I’d like to call it 2.3 then because having a 3.0 draft means that 3.0 will be a similar release and we would probably break compatibility in 3.1 which doesn’t seem to useful. 2.3 also gives the user a better impression that it’s not a revolutionary new thing (e.g., fault tolerant). However, I don’t have a too strng opinion, I just have some users who want nonblocking collectives in a release that is at least source compatible.

Another really annoying thing is the whole MPI_Count story. I have to admit that I was in favor of it at the beginning because abstraction seems right to me, however, I am now really against it due to several reasons: (1) the workaround is trivial and causes negligible overhead, (2) it breaks source compatibility which is a total no-go, and (3) it causes all kinds of Fortran 77 problems (it seems that this is the reason why int was selected in the first place). Could we just withdraw the ticket please?

I finally finished a page where I put some topology maps of some of today’s supercomputers: http://www.unixer.de/research/topologies/. It has no real purpose, but it’s pretty! I hope you like it :-). Please let me know if you have a large system or know admins who are willing to donate topologies for my collection — you’ll get more pretty graphs :-). 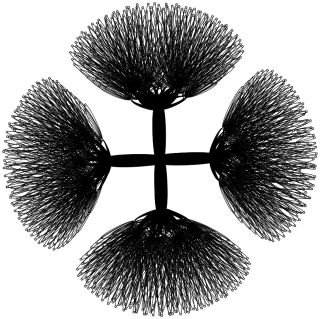 I’ve been at the inauguration (dedication ceremony) of the new $32 Mio datacenter. I have to say this building is impressive for a data center and reminds me of my times in the German army. I think everybody would agree to call it “the bunker”. It is designed to withstand an F5 tornado, but it might also survice plane crashes or bomb raids with its three feet (one meter) thick concrete walls. The new datacenter is really amazing and solves all problems of Wrubel (some of us might remember some power problems ;-)).

And this nice picture: 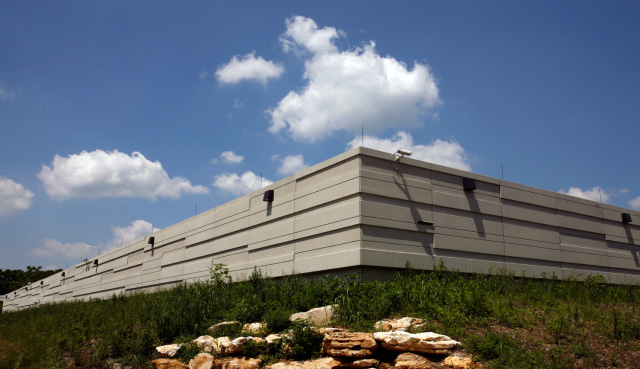 UITS moved all servers and services in a single day! Well done guys!