This week, I attended the Workshop on Large Scale Application Performance in Chicago. I was shocked when I arrived at HPDC (sidenote, I took the train again and it was great!): everything seemed to be about Cloud or Grid or a combination of those (+Life Science). I still don’t fully understand what all this stuff is about and what the fundamental scientific problems are. Well, the workshop was very good! I really enjoyed Barton Miller’s keynote about his MRNet research. It’s good work! I also enjoyed listening to the other workshop papers. My talk went really well (I was a bit over-time but that wasn’t bad). We (Timo, Andrew and me) even got the best paper award for our work! That was nice and unexpected. 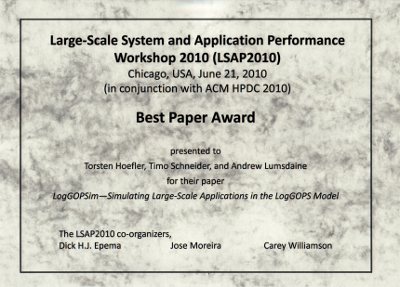 All-in-all, it was a really good workshop!

I visited Argonne the next day and gave a talk about Next Generation Collective Operations. This was also very entertaining and it was great to be there. I had some really good conversations with some folks. Thanks for inviting me! I completely forgot to take a picture …

This weekend, I attended the Advances in Message Passing workshop and the Supercomputing 2010 PC meeting. AMP was in Toronto and the SC meeting in New Orleans. Well, and the schedule was suboptimal. I had to leave AMP early and catch the last flight from Toronto to New Orleans (7pm). But AMP was clearly worth it! It had a couple of very interesting papers and our own contribution fir very well too! I gave the talk together with Jeremiah (which was an experiment ;-)) — and it was a complete success!
The hotel was also funny, it was inside a shopping mall, here’s the view “outside” the window: 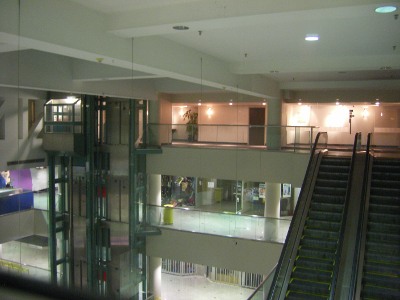 Too bad that we had to leave early. Btw., I spent less than 23 hours in Toronto … and two of the in the US immigration! Yes, the US immigration is *in Toronto* (wtf!). And of course, we didn’t arrive two hours early at the airport … man, catching the plane was really close (they delayed it by 20 minutes because we were not the only ones who had that problem). This is really weird …

The SC meeting was very nice. I met many friends and colleagues and had many good discussions. New Orleans is not really the nicest place I have been to. I tried to save money and stayed in the “Bourbon Inn” — well, on Bourbon Street. I did not know what Bourbon street meant when I booked the hotel :-/. Well, it meant no sleep until around 3am :-(. The street is full of night- and stripclubs … kind of odd when you walk back to the hotel after a full day of meetings. Well, I survived (and saved $150). Also, taking the bus to the airport was an adventure. I also survived this one :-). Bourbon street (the camera didn’t really work because it was *extremely* humid!).
Morning: 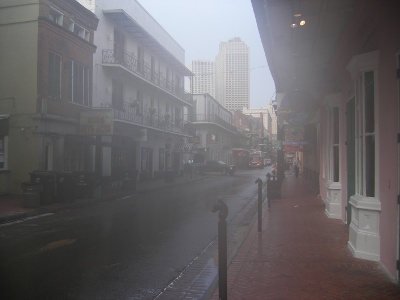 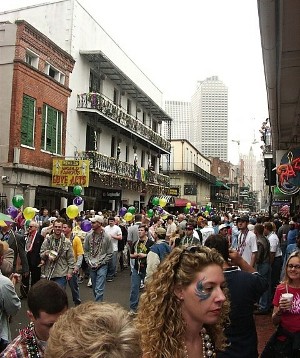