In the last two weeks I gave two presentations on scientific performance engineering, a theme that describes best what we do at my lab (SPCL) at ETH. The first lecture was a keynote at HPC China, the largest conference on High-Performance Computing in Asia (and probably the second largest world-wide). I have to say that this was definitely the best conference that I attended this year due to several reasons :-). 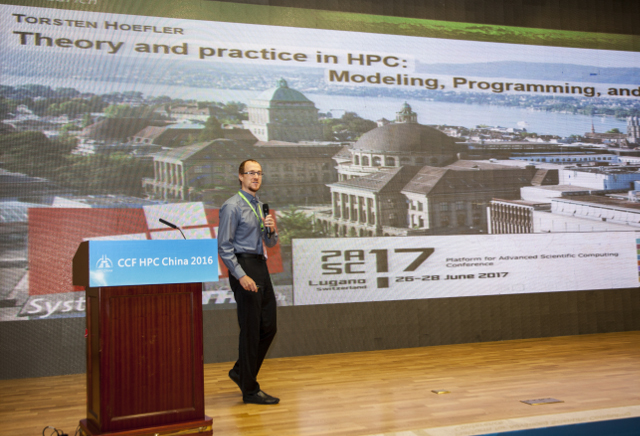 Here an impression from the impressive conference.

Shortly after that, I presented a similar talk at my home university ETH Zurich as the last step in a long process ;-). It was great as well — the room was packed (capacity ~250) and people who came late even complained that there were not enough seats — well, their fault, there were some in the front :-).

Here some impressions from this important talk: 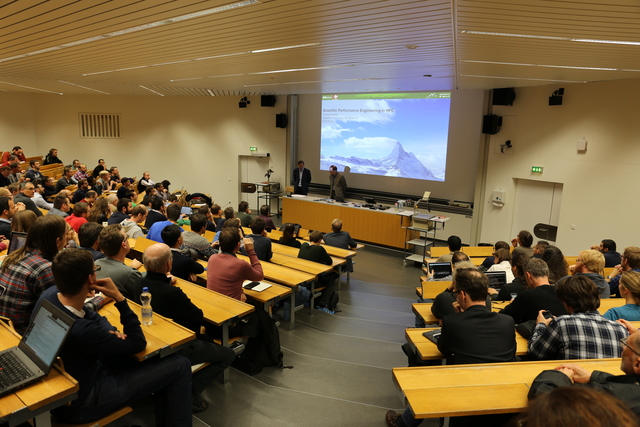 My department head Prof. Emo Welzl introducing the talk with some personal connections and overlapping interests 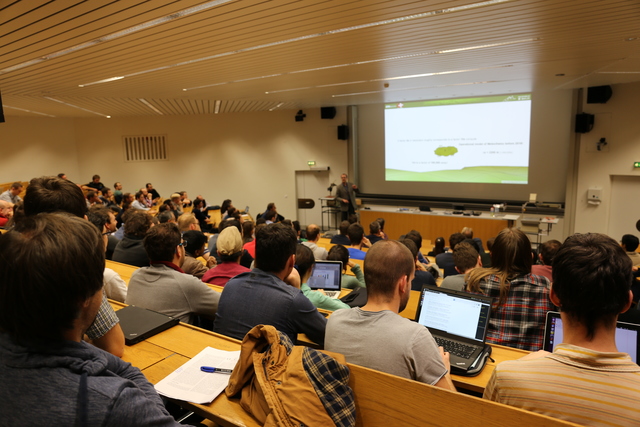 Some were even paying attention! 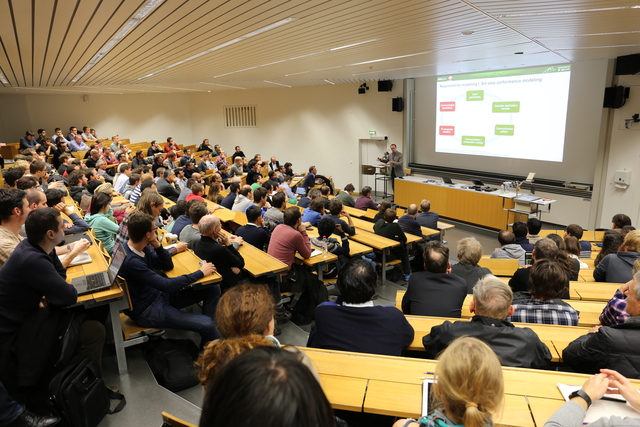 One of the larger lecture rooms in ETH’s main building

In case you missed it, I gave a longer version of the same talk at Cluster 2016 in Taipei (more content for free!).