Continuing our lab tradition that actually started in 2009 (with two people), we celebrated our scientific achievements with a party (now with 20 people). We had a lot to celebrate and even more that I cannot mention here yet (both will be announced by ETH very soon!).

We started at 4pm even though most people arrived around 5pm (partially due to some confusion about the location) and the hard core partied until 12:45am when we nearly ran out of firewood. 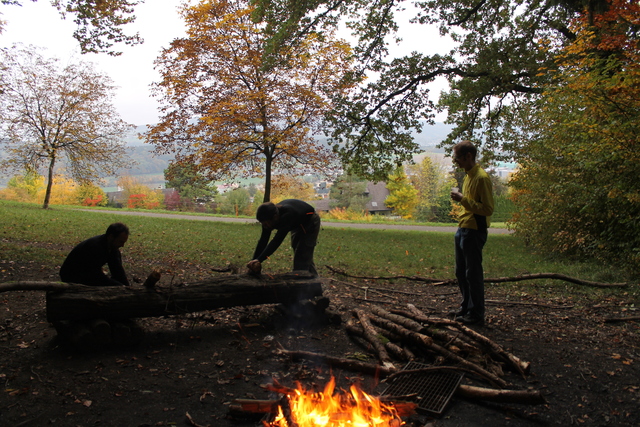 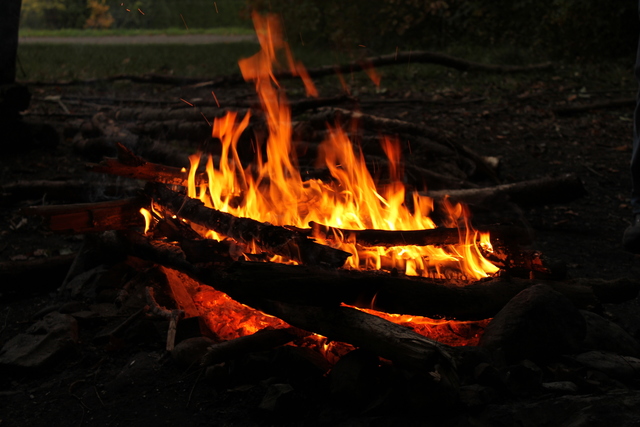 Took a while to get the fire going because of the really wet wood but then it was unstoppable! 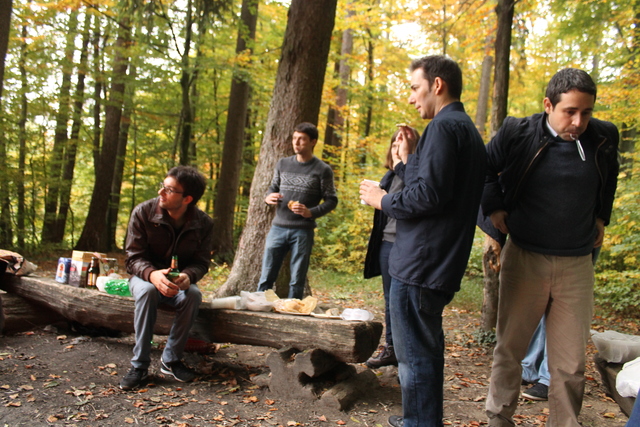 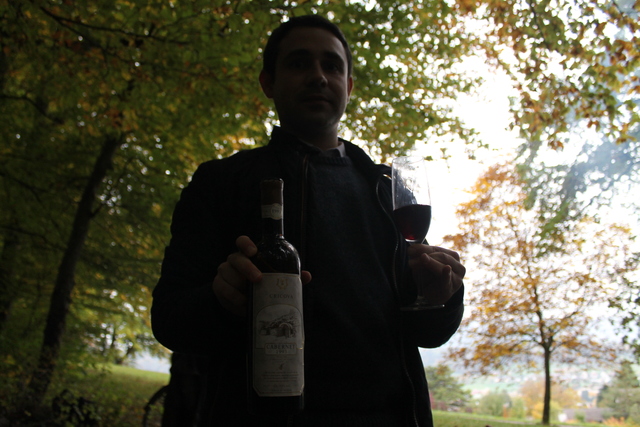 Even special wintage wines from 1993 from Moldovia. 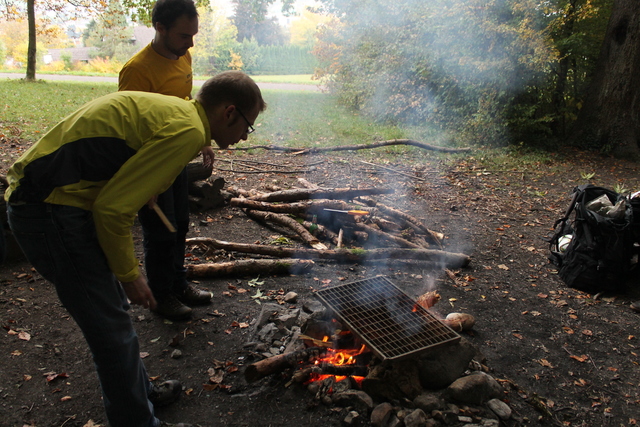 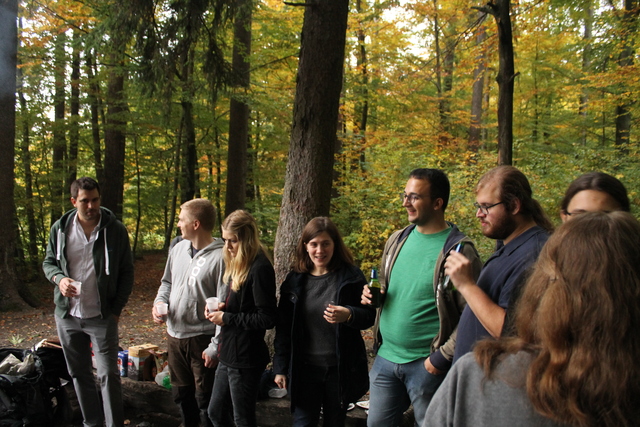 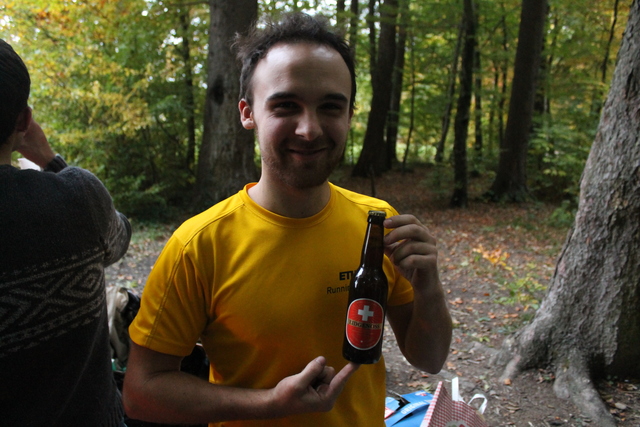 When shopping, we couldn’t not buy the Swiss Eidgenoss beer “Ein Schluck Heimat” :-). 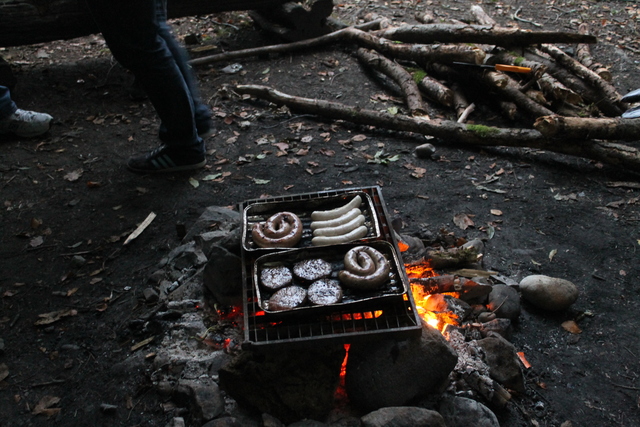 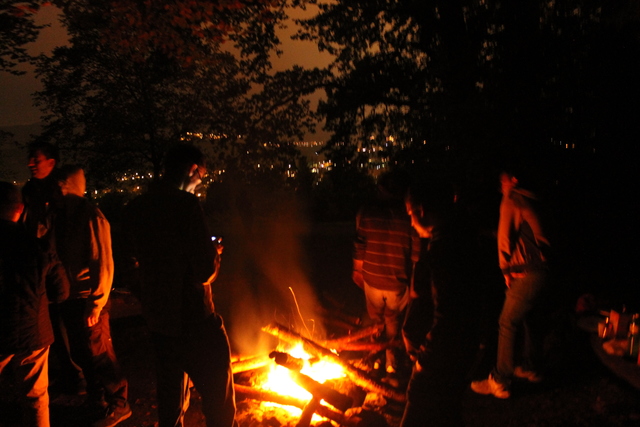 It got dark a bit early, well, it’s late fall. BUT the weather was very nice and even though it was around 10 C, it was never cold due to the fire (so we can do this pretty late/early in the year). 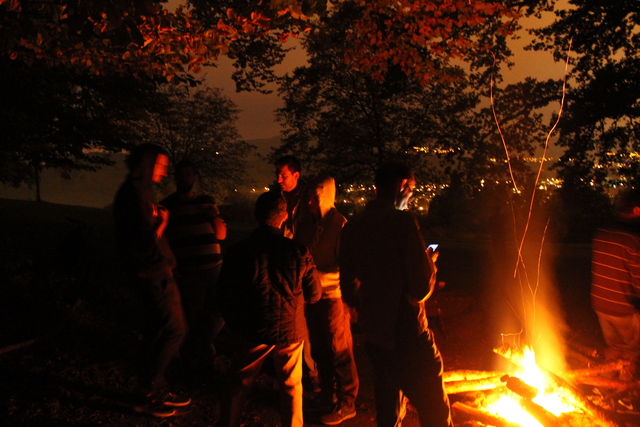 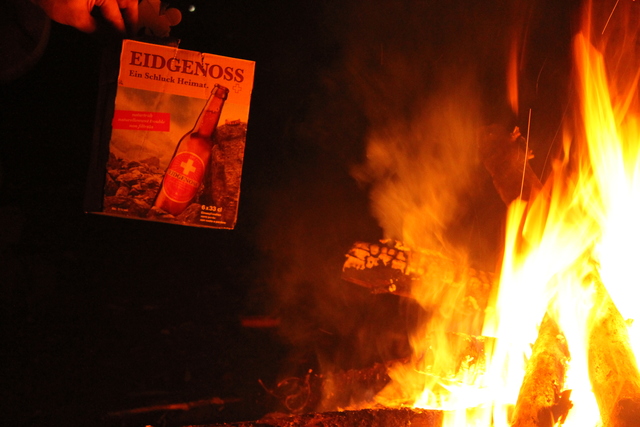 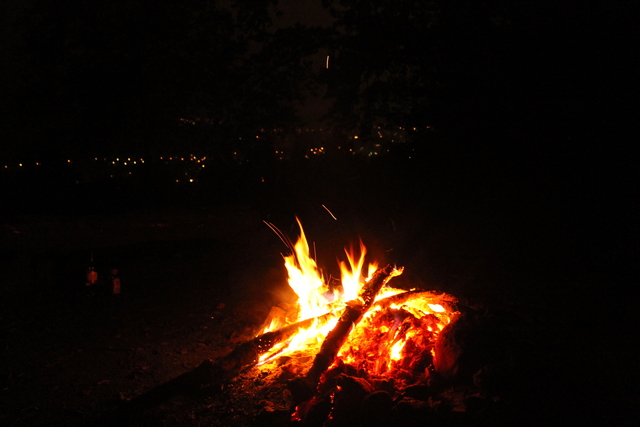 The fire went very strong until the bitter end of the wood, we were nearly running out at 12:45am (nearly 8 hours after the start). We decided to leave some wood for the next people 🙂