Well, Black Friday is one of those things one has to do while living in the US. I failed so far … but this year it shall be different (after being at a delicious thanksgiving meal in Chicago). The problem is that camping the night before on the street, waiting in line forever, and fighting for the very best deals isn’t quite my thing. But there is a good trick to avoid all this and still get reasonable deals if you’re living in a village like Champaign :-).

So I got a brand-new 32 inch Toshiba flat-screen TV for just $260 (for the Europeans, that’s about 190 EUR) instead of $340 … I think it’s an amazing deal. The way to get it without a line is to drive to a small shop in a small town which still has one or two Black Friday deals. In this case, it was a very small Radio Shack in Savoy, IL. Worked great! 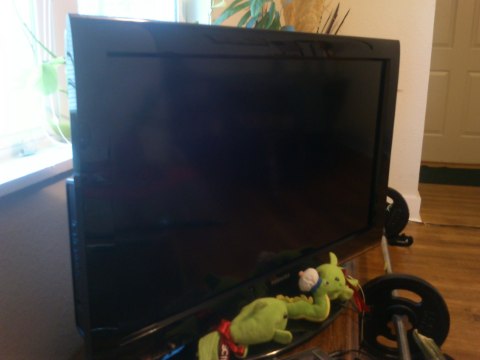 The TV even has two HDMI and one VGA input. Actually, I’m not really using it as TV anyway, just as a very large (and cheap) monitor :-).