This week I have been at the DOE ASCR Exascale meeting in San Diego. It was actually a very nice and informative meeting. I hope the strategy documents will be published soon. We identified a couple of challenges for Exascale (yes, more challenges :-)).

My flight was in the afternoon of the last day and nobody else was around that afternoon :-(. Well, so I decided to take the local commuter train to Mexico ($2.50 each way ;-)). It’s pretty cool, one usually doesn’t walk across international borders like this. The funny thing was that nobody cared when I walked into Mexico (the officer was sleeping), however, the controls to get back in the US were extremely strict so that there was a line of at least 1000 people and I would have missed my plane if I wouldn’t have walked to the front of the line (which worked surprisingly well).

Here are some pictures: 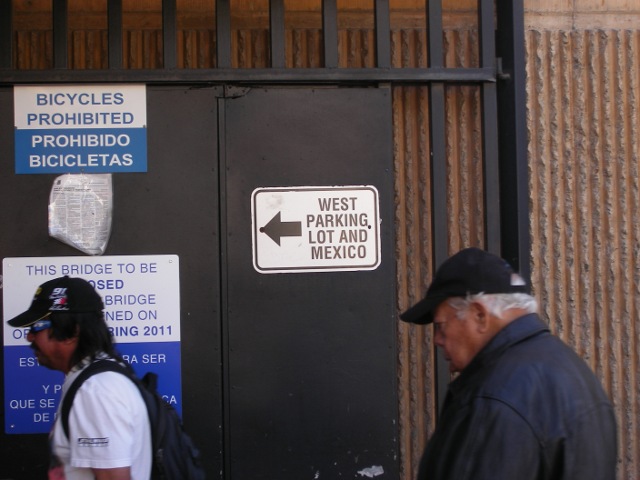 Apparently, the parking Lot and Mexico are the same direction 🙂 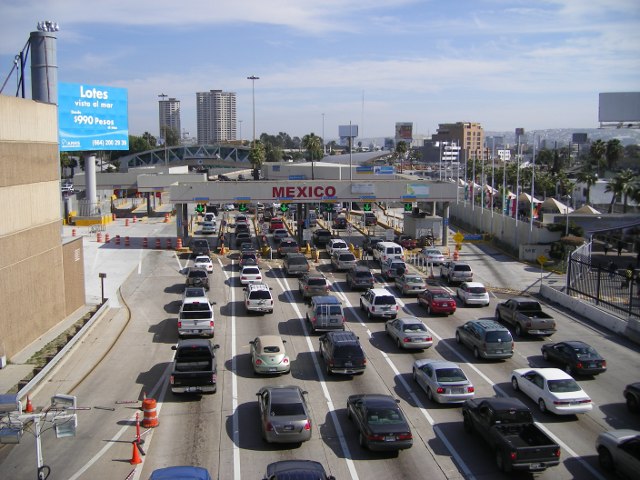 Glad that I didn’t come by car, seems like there are more serious controls. 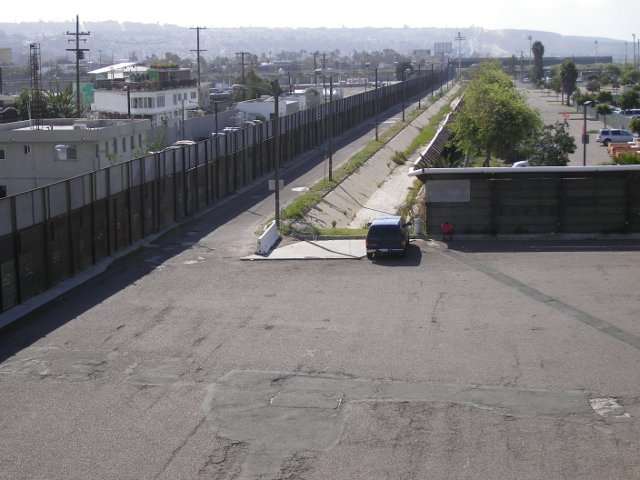 The famous US-Mexican border, well, not too spectacular. 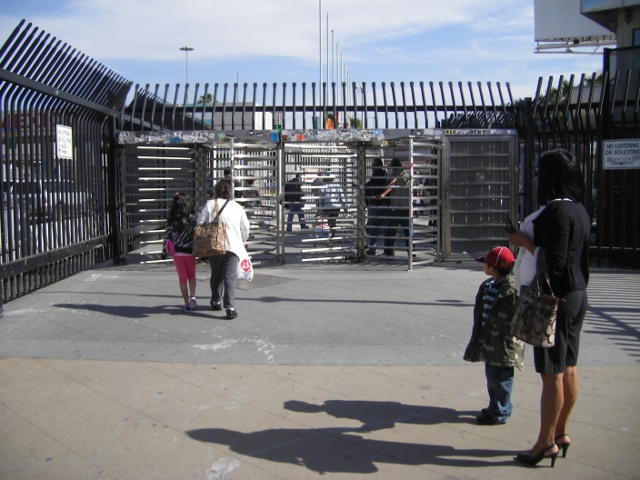 Walking through those prison-bar things is actually fun, and they twist rather fast if you want ;-). 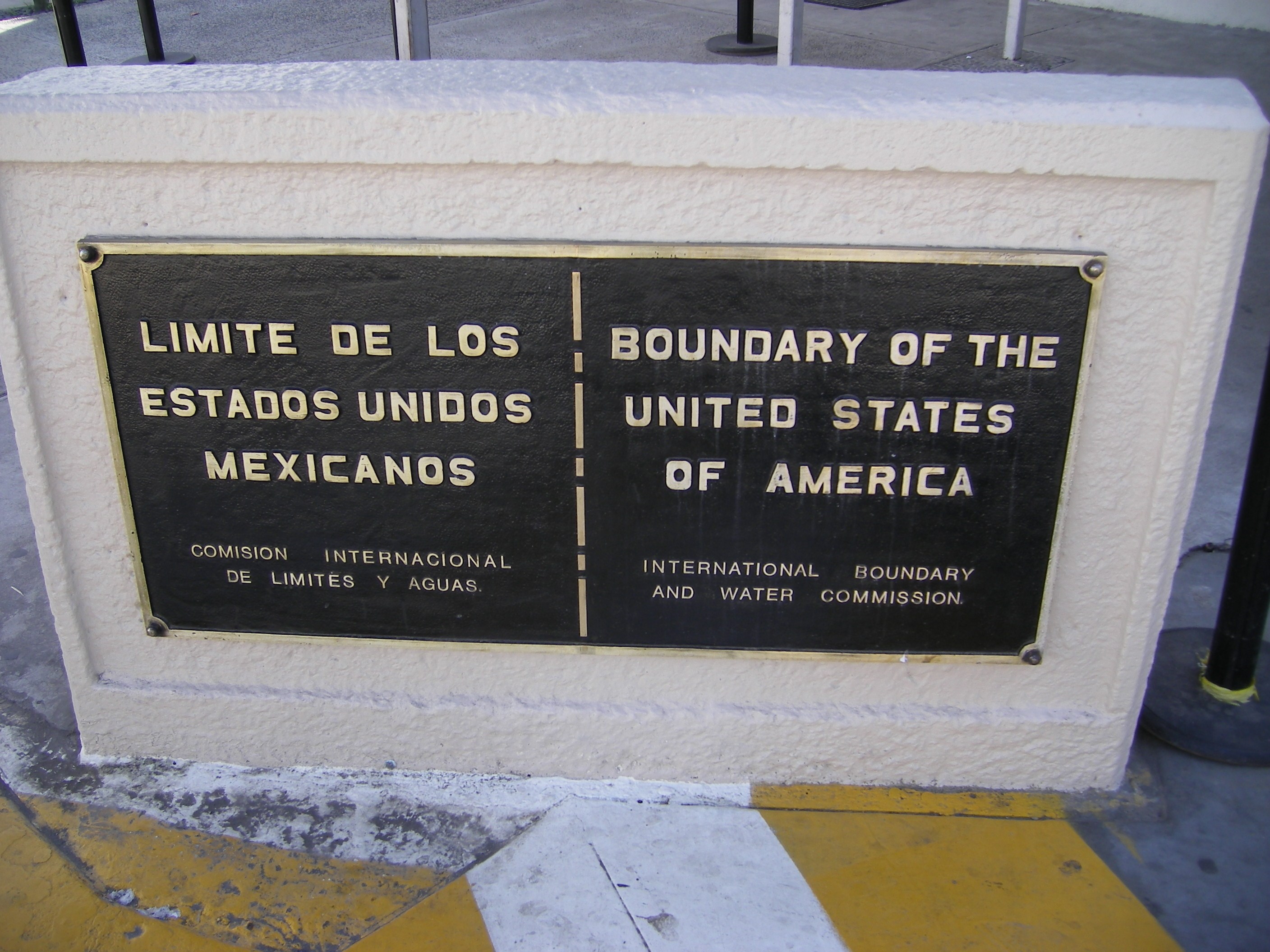 The border stone, not sure why it says something about water commission there?? 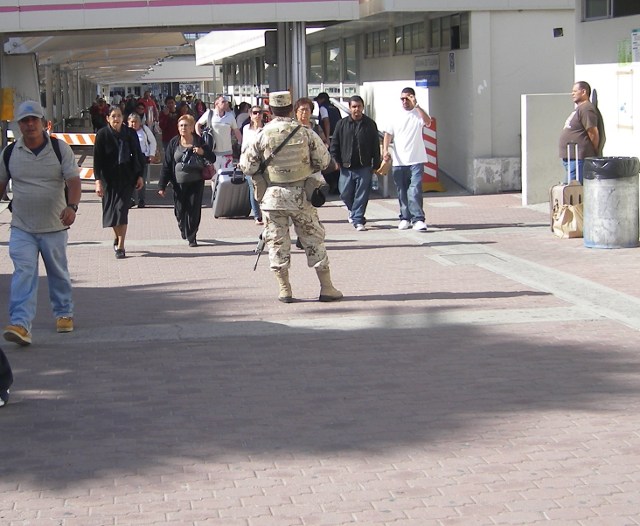 The only Mexican guard (the immigration officer was sleeping on his chair a bit further but they didn’t want me to take pictures. Too bad. Btw., this guy had a G3 *lol*. 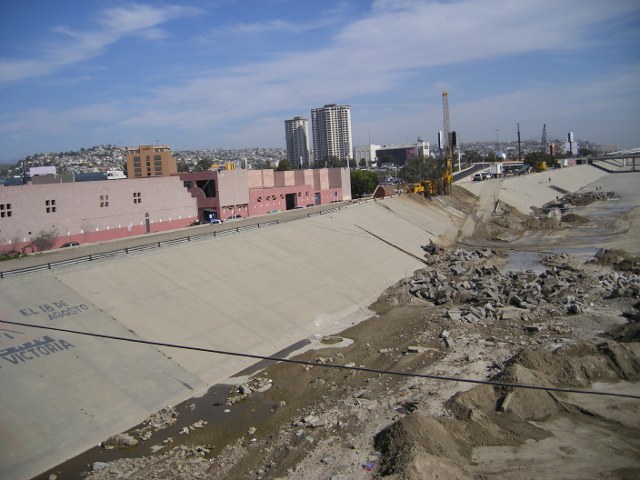 Very very inviting … really. I read that many people are robbed in this area.

But they had a gigantic flag! Viva la Mexico! 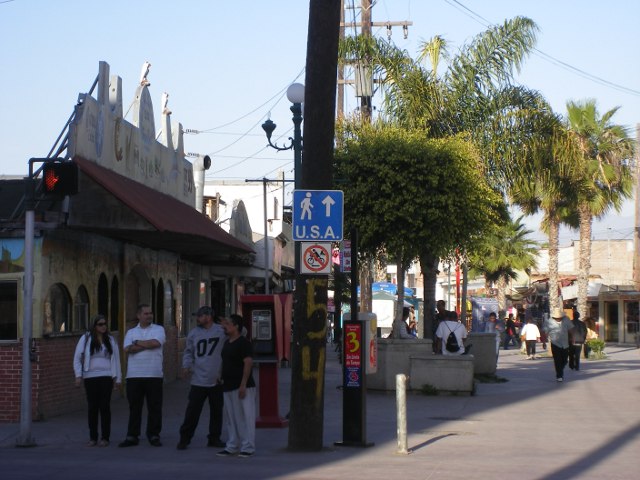 Well, time to go home (there was really not much to see actually — but the food was just *awesome*. I love *real* Mexican food now! Cilantro is not that bad if it’s used in the right combination.). Those signs were actually very helpful for dumb tourists like me. 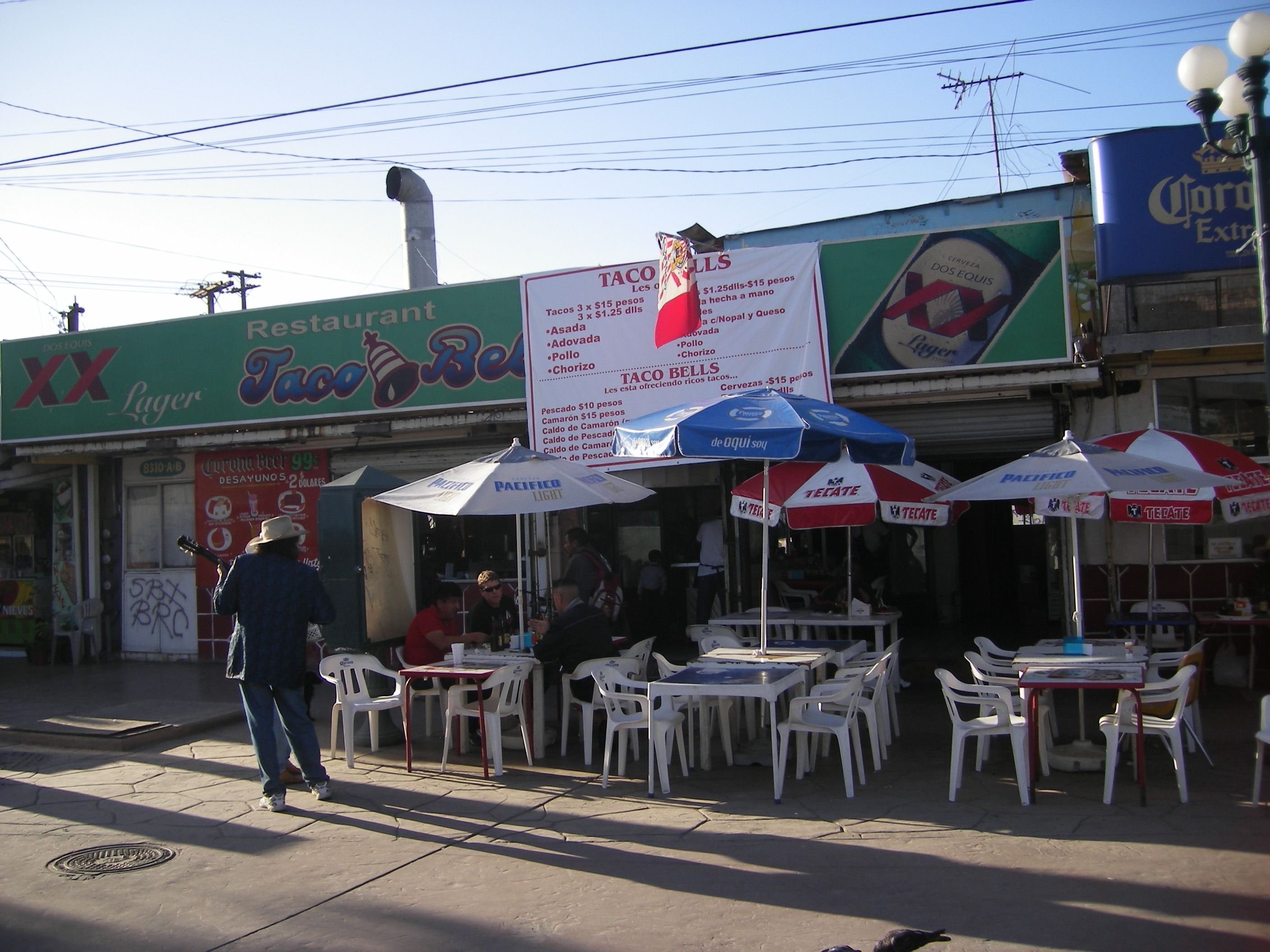 Taco Bell has a branch in Mexico. If they know? 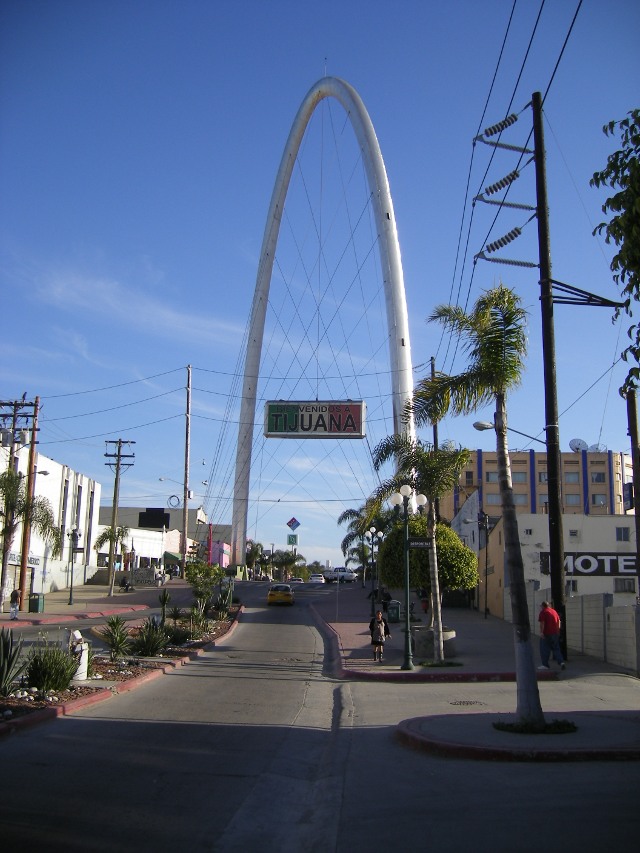 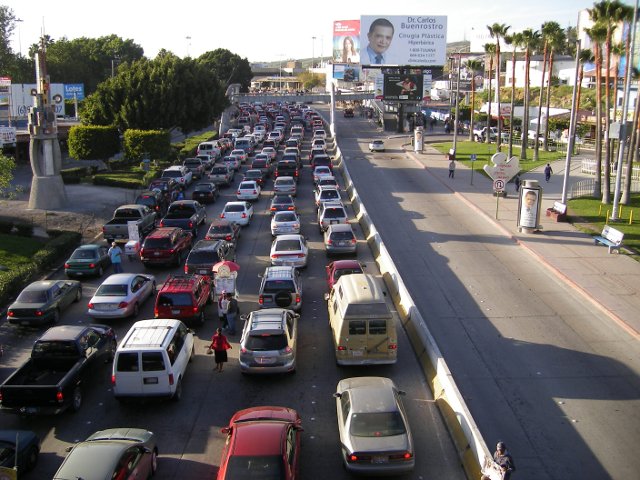 Again, good that I didn’t go by car, the line into the US was hideous and sneaking to the front seems harder by car ;-).

All-in-all an experience that I didn’t want to miss. I didn’t have much time though, but I guess Tijuana is not that touristy in general ;-).