Oh well … the move comes closer. It’s actually much easier to move within the US (surprise!). The first part was packing everything (check!). I left nine bags of stuff (including my weightlifting set :-)) readily packed to check them into a plane at a friend’s house (thanks Cristina!). All bulkier and lighter items are in the trunk of my car (including the TV, the bar of the bar bell and other random stuff.

The highlight so far was the pickup of the car. The car is shipped with Schumacher Logistics. Everything went fine so far and the people are really nice. The trucker showed up a day early, which was fine, because I just returned from Germany (well, a looong day). He drove a gigantic truck and got lost in Champaign (he drove around while talking to me on the phone, dude …). So finally, he made it on Springfield and didn’t want to drive down the street to not scratch the cars on his truck with the trees (oh well, he had to back up). But that went well.

This middle-lane in the US is actually really useful, for example, for loading cars :-). Here are some pictures: 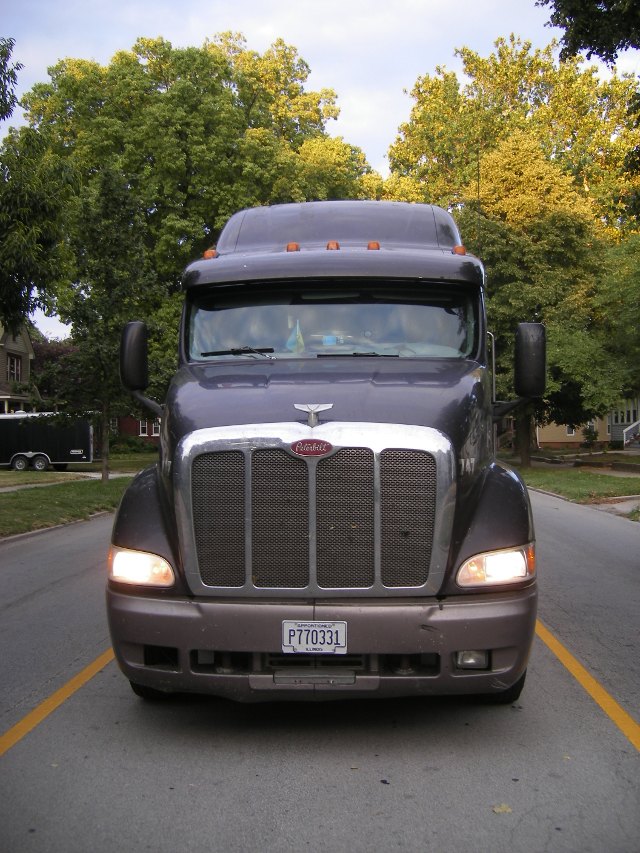 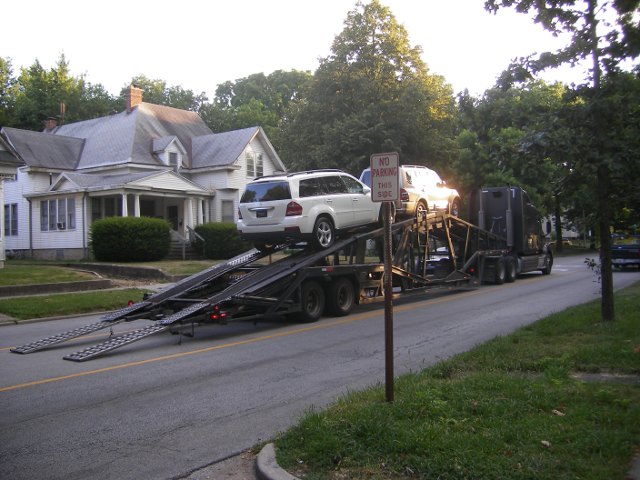 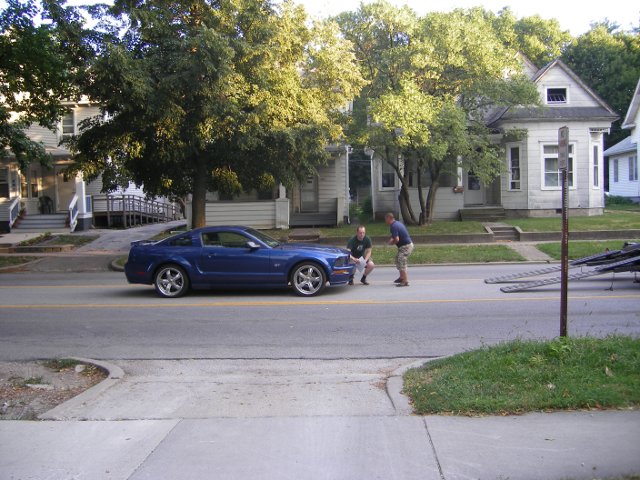 Inspecting our car for ridiculously small scratches. Man, this guy found all kinds of super-small scratches all over. Hope nothing more happens … 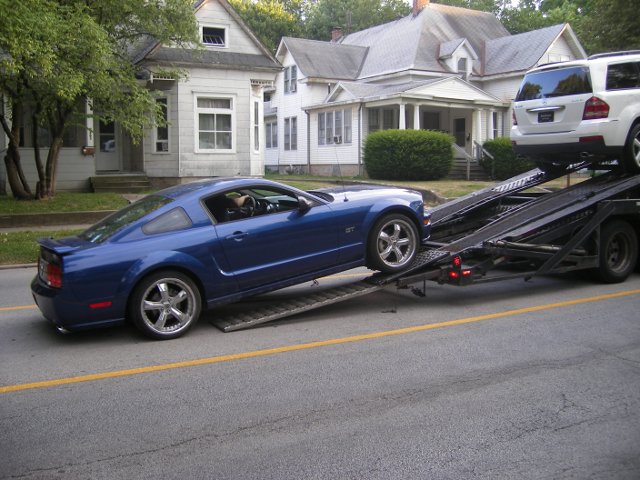 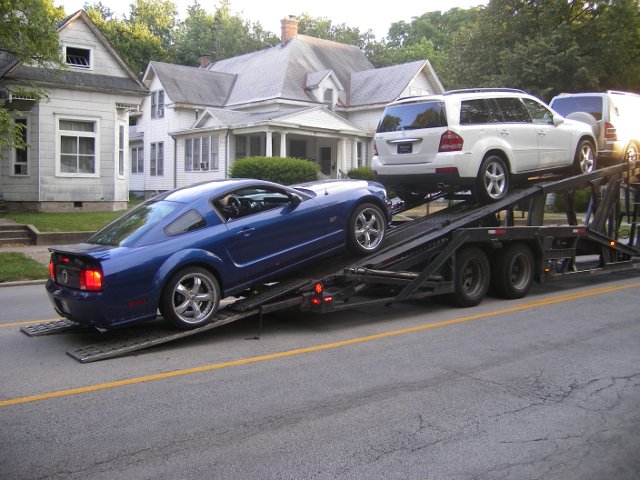 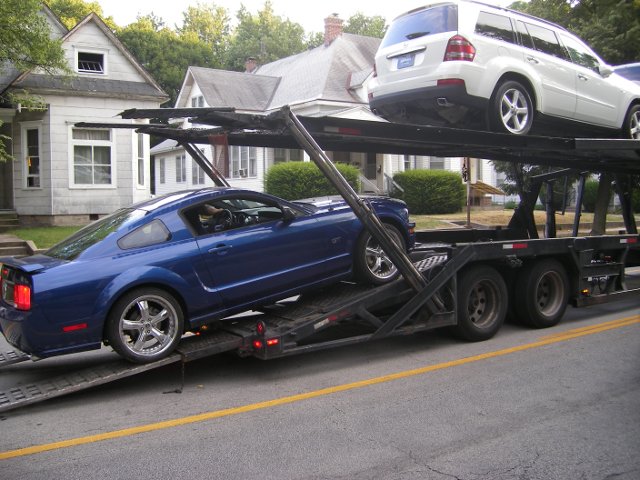 Ok, 2nd try, lower deck. I was assuming he drives it into the middle … but … 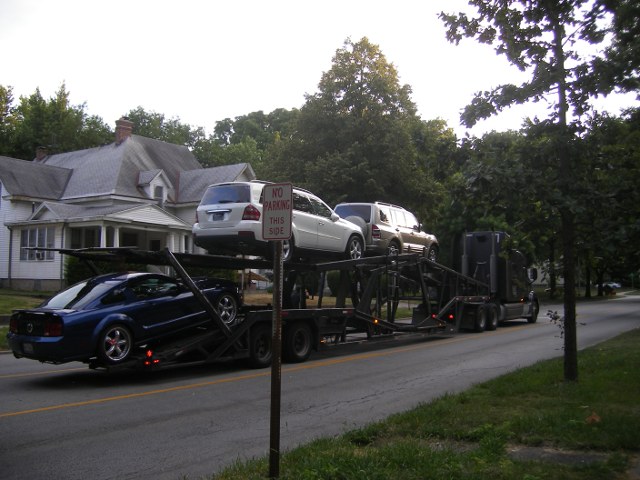 He kinda stopped at the very end!? Oh well, I’m not a shipping pro. 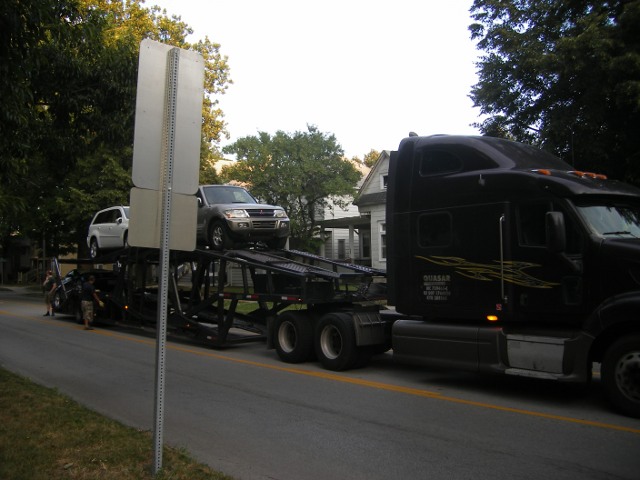 The car was strapped to the truck with gigantic chains (the tires showed serious signs of pressure …). 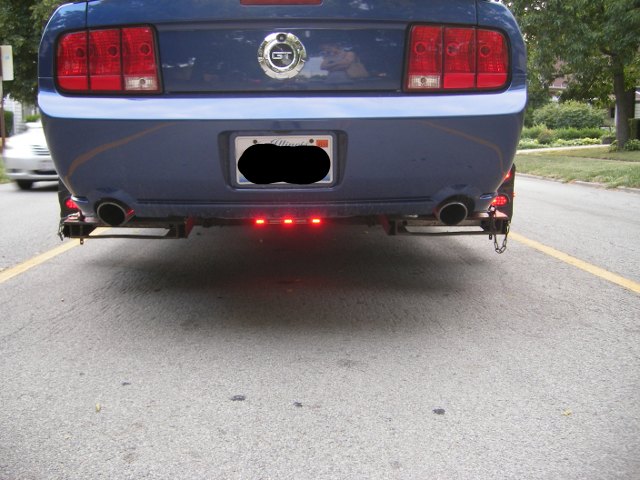 I hope there are no bumpy streets, the distance between street and exhaust was not that great … 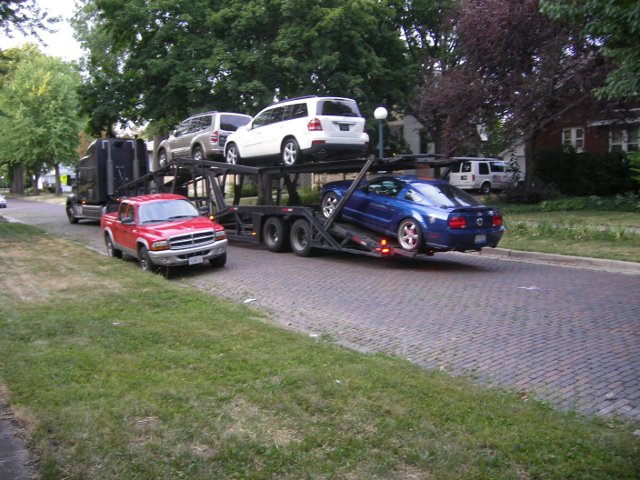 And there he goes … hoping for the best!