The second strange thing since I moved here two months ago. Well, I was working as usual … and suddenly heard a really loud bang. My reaction was to check the weather (online) if there was a thunderstorm. Nope … ok, more working. Then I heard several Police sirens, and they stopped nearby. Of course, I checked and saw police cars next to my apartment. Eleven at night is not the typical time to socialize with your neighbors but everybody was on the street. There was a car wreck, a complete wreck! And some eye witnesses who told me that the crash happened probably after a pick-up which was speeding down Springfield (guessed >80 mph) apparently chased by a Sheriff hit another pick-up in the side. I was told that the driver of the one truck ran away naked (?) but was caught soon after. The other guy was pulled out of the second truck by the rescue unit. We hope he survived. Here are some pictures … 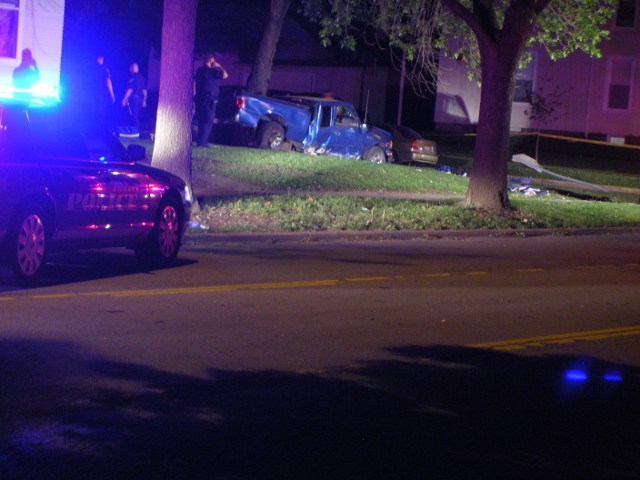 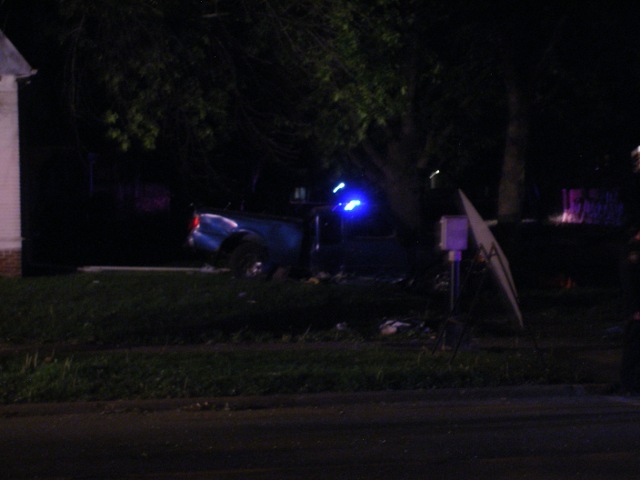 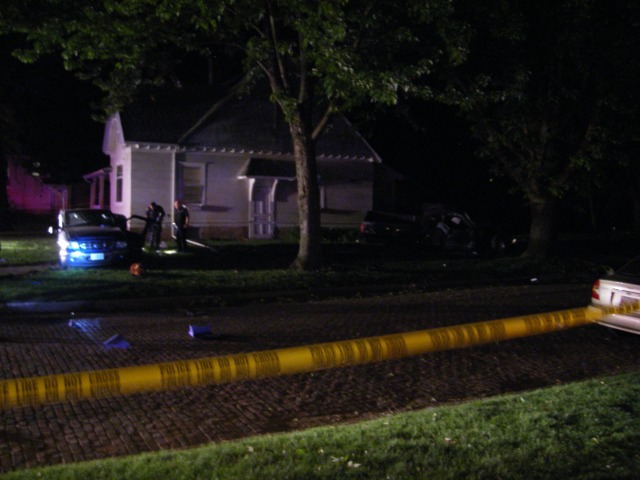 The truck on the right seems to have caused the accident. 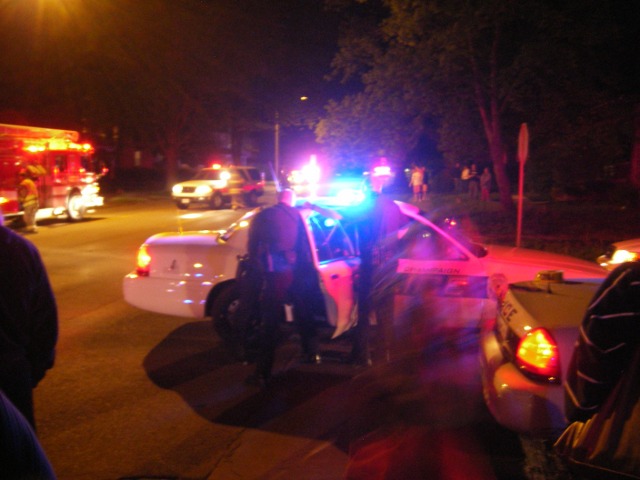 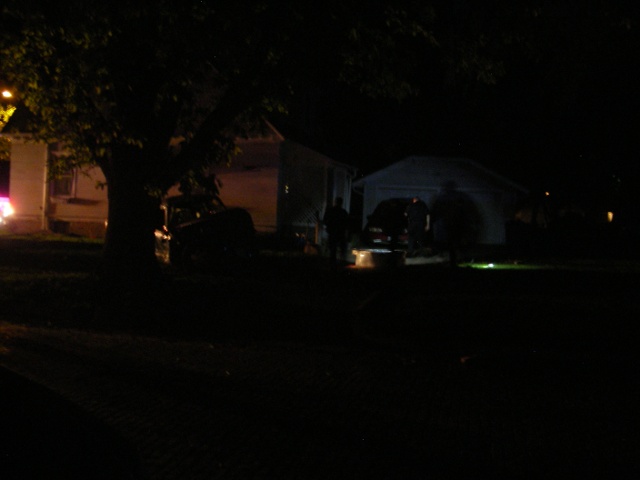 The truck was missing the back axis (!). The thing on the right is the tool-box and a wheel and an oil can were about 50m (!) away.