Wow, the weirdest April 1st ever. I was just biking to UIUC and saw somebody jumping from one of the tallest buildings in Urbana-Champaign. Around 9:10am, he decided to jump from Burnham 310 (an 18-story apartment building) right when I was biking by (like every morning). I didn’t really see which floor he came from as I only heard him screaming. I believe I heard at least 2 seconds of scream with a Doppler Effect. I had enough time to locate him while falling down and hitting the flower-bed with numb noise about 20m away from me (I biked on the other street-side). I stopped in shock (there was another guy much closer who seemed also shocked, and a police car). Before I decided to go and see if the person was alive, I heard the ambulance (it took less than 60 seconds to arrive, amazing). From all I could see, he hit the ground head-first (seemed like from a height of 50m) so I wouldn’t expect that he was alive. I left the site after the ambulance arrived but I’m available for a police interview if needed (I don’t really know more than I wrote here though).

Update: it seems like the man survived even though he jumped twice (landed on the smaller building and jumped again).

Update 2: the man (a Civil Engineering Ph.D. candidate) died in the hospital.

Two pictures from the building: 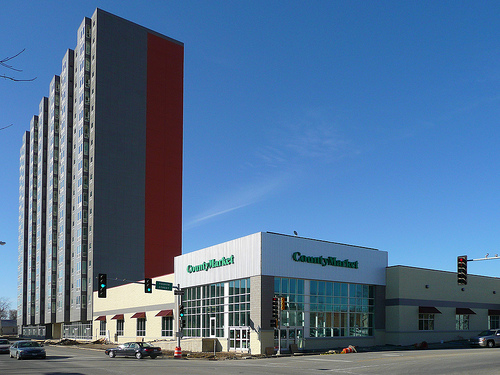 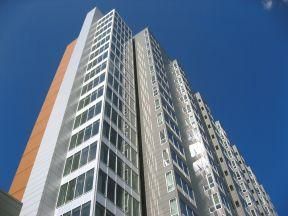 and the broken window: 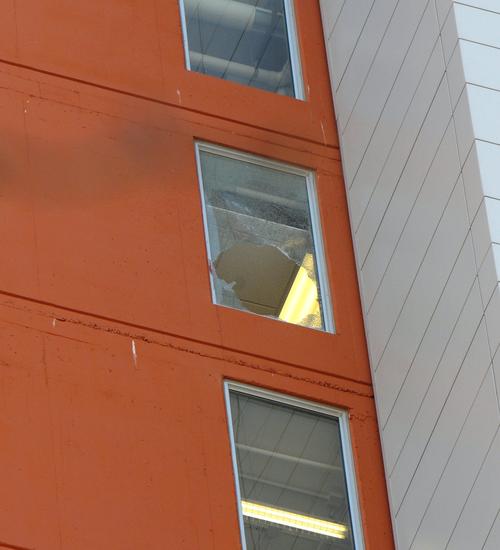